You hate it when it happens. Your latest sequencer starts generating stuck notes that never turn off. I had this with the MIDI streaming API but managed to figure that one out. Now I'm working with a MIDI sequencer feeding into a VST sample accurate system. ARGH! No longer are things aligned on a nice neat PPQN boundary. They're all over the shop. And my pad notes are getting stuck on.

With a good ol' trace log, I figured out the stuck note always occured at the same point - when the sample position 'wrapped' around bar - a boundary condition error meant this was never seen - switch 'x < y' to 'x <= y' and stuck notes have gone!

Still, it beats working with databases. Now I can start to compose stuff with uSeq. If only saving worked. Groan...
Posted by Pete Goodwin at 8:39 pm No comments:

I just don't like the name The Chordinator. Too... naff! 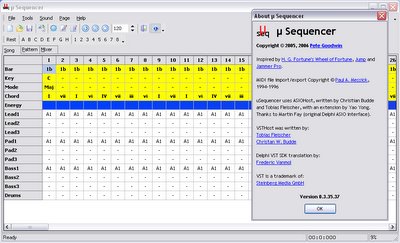 Posted by Pete Goodwin at 12:09 am No comments: 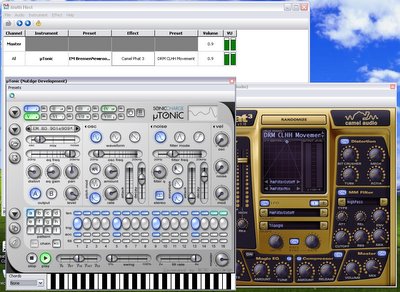 Posted by Pete Goodwin at 10:42 pm No comments:

It has surprised me how a number of apps I use for music are created in Delphi. ImageLine's FL Studio is one example; Rayzoon's JamStix is another.

I first saw Delphi V1 on the front of a magazine. I tried it, loved it, and have been buying it for personal use ever since.

I skipped Delphi 8 as I wasn't that struck on .NET, despite Microsoft trying to make it the future of development. I bought Delphi 2005, but was disappointed by how bad a release it was. Delphi 2006 is much better, but I can't help feeling Delphi 7 was the last best release.

C++ Builder is Borland's answer for C++ instead of Delphi's Object Pascal. It took until V5 before it became reasonable. Even now I wouldn't use it in preference to Visual Studio C++.

Borland's brief flirtation on Linux with Kylix wasn't a great success. It had potential but seemed to have too many problems. It came free with Delphi 7, but the cross platform library (CLX) has disappeared from Delphi 2006.

So I can see why people think Borland is dead. They haven't done much lately except shoot themselves in the foot. Sad really, but I'm reminded how much being technically superior is no guarantee of success.
Posted by Pete Goodwin at 1:40 pm No comments:

Sound of much sawing, hammering, cursing and bruised thumbs...

Chordinator with MultiHost merged in. 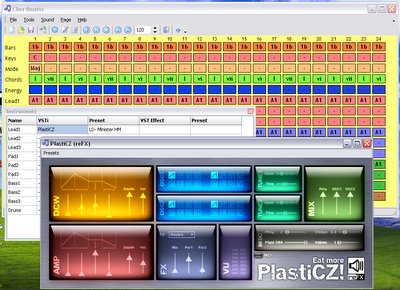 Posted by Pete Goodwin at 6:38 pm No comments: